Very few people ever handle failure with dignity. You’ll see some cry river of tears and lose all composure because of failed plans. It’s amazing how easy it is to lose all your happiness just because you failed. A lot of people talk about wanting to succeed but very few consider the possibilities of failure and how to receive such outcomes.

If only some of us were able to build the right attitude to failure then we would better handle success. Maybe if we had more people who refuse to quit because of a few obstacles, then there would be more success stories to share. There’s a strong relationship between success and failure and these quotes are bound to help you find this link.

Here are a few inspirational quotes about failure:

#1: Failure is not a permanent experience, you must rise above it and choose to be better than you were a moment ago. Changing and growing is what makes you win. 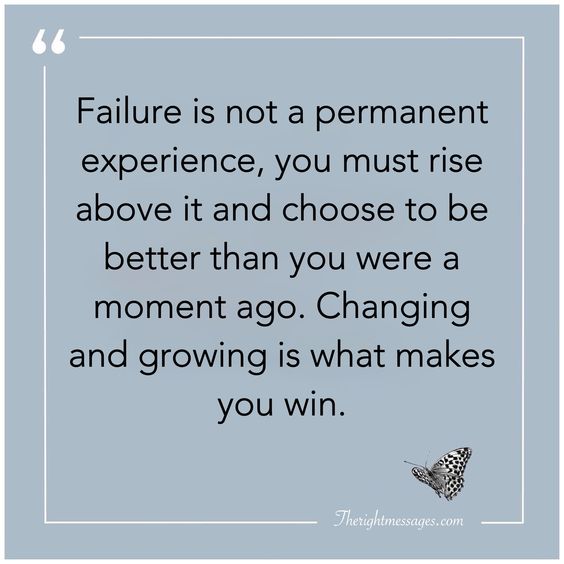 #2: The difference between failure and success is not much more than the changes we choose to embrace from one moment to another, one day to another. 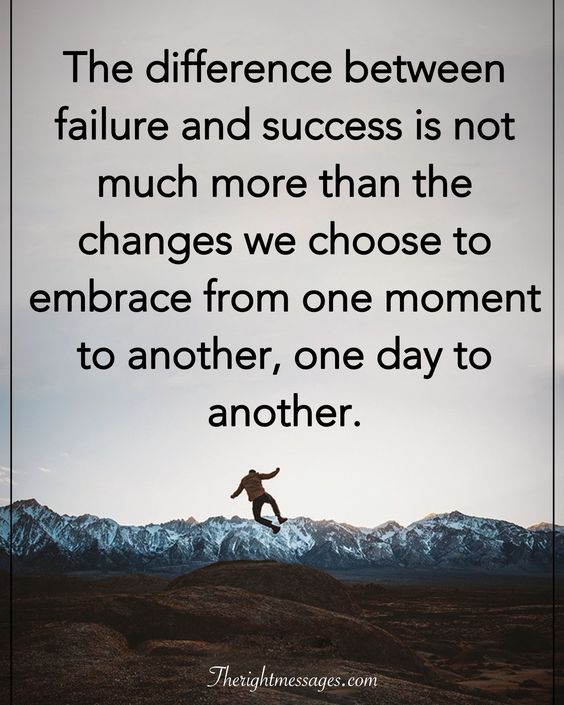 #3: Failure is not a permanent label that must be carried around because you made a mistake, so when you fall, you better be ready to shake it off and keep running. 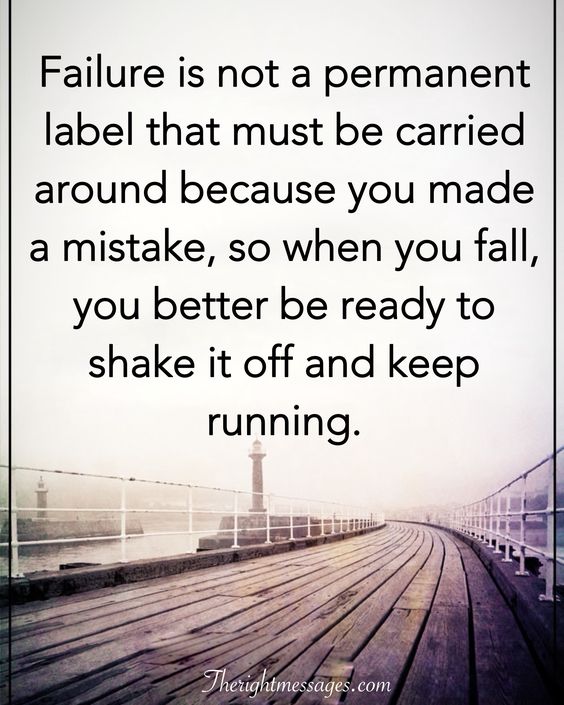 #4: It’s not a question of whether one can or will fail, the question is when and how one would fail and even more importantly what they would do about it. So do something different from yesterday. 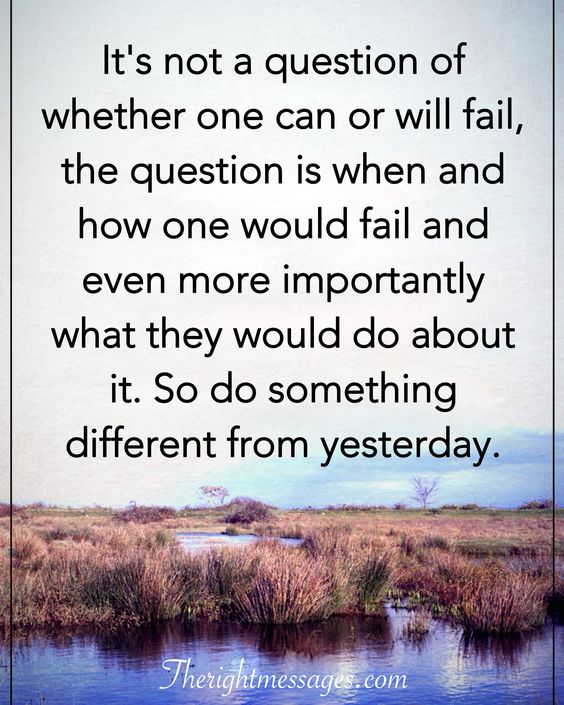 #5: The crowd never stops cheering for the winners, so even when one person fails, there is always a champion for the crowd to cheer on. You can be the one that remains standing. 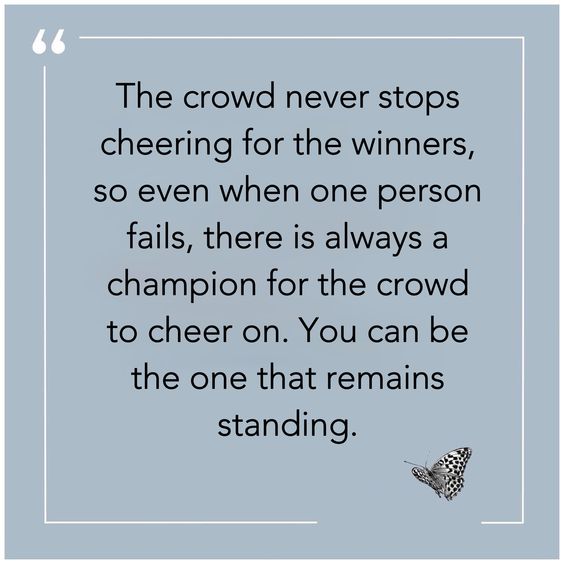 #6: What teaches focus best is the noise of the crowd, the way it continues even when you are flat on your back as if your failure doesn’t really matter to anyone. 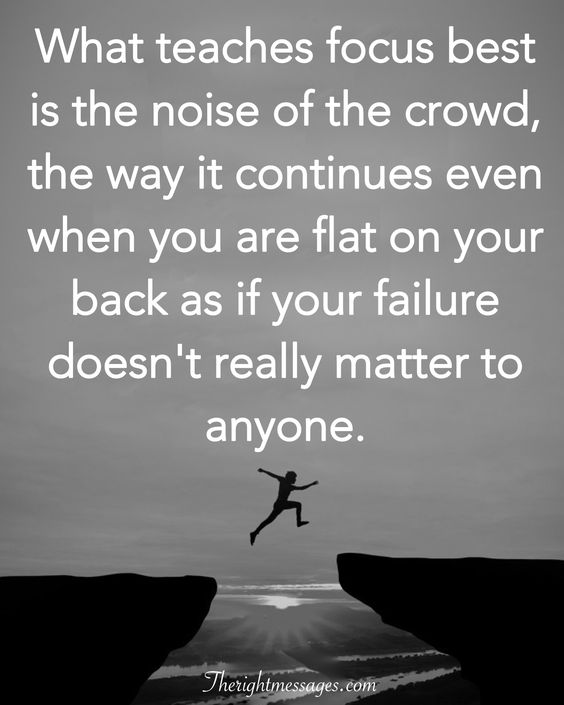 #7: No one really cares about those who quit on the race, the crowd is only loyal to the ones that make it to the end, so keep running. 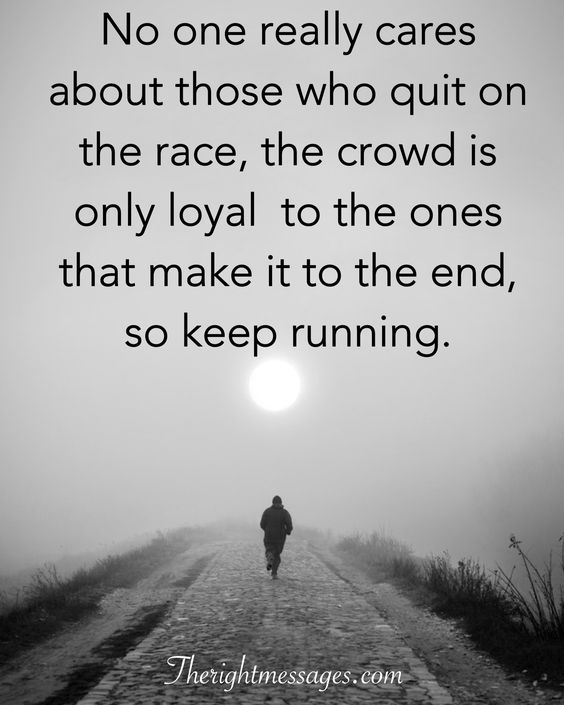 #8: If you’ve been called a failure then you would understand what it means to be given a label that you so desperately want to get off your back. 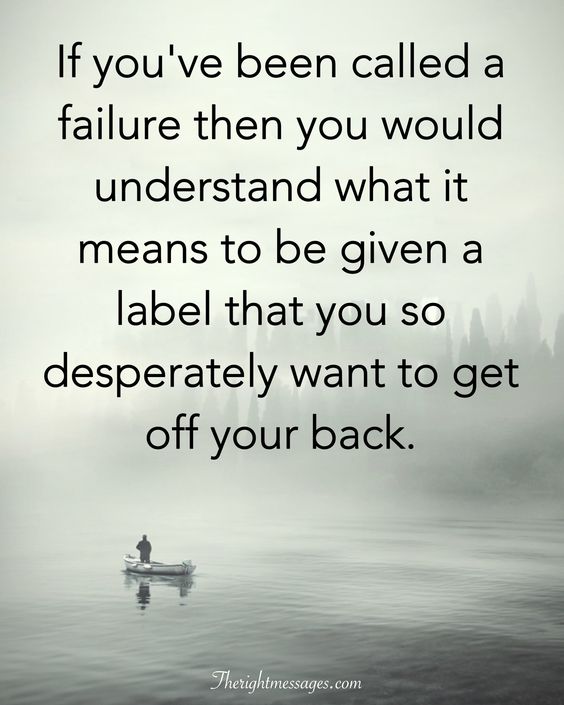 #9: What you call yourself is much more important than what people call you, so if someone thinks you are a failure, you have a choice to prove them wrong or to sulk. 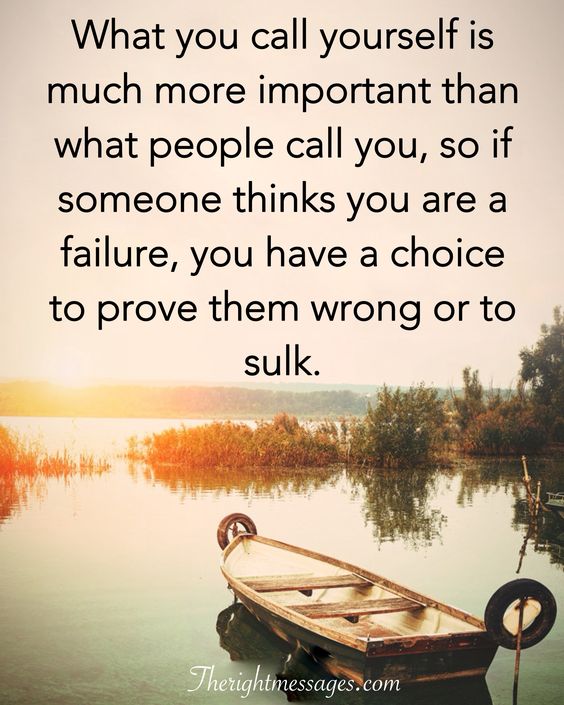 #10: Failures are only stepping stones when you do not embrace them as an identity but see them as a question demanding you to discover your greatest potentials. 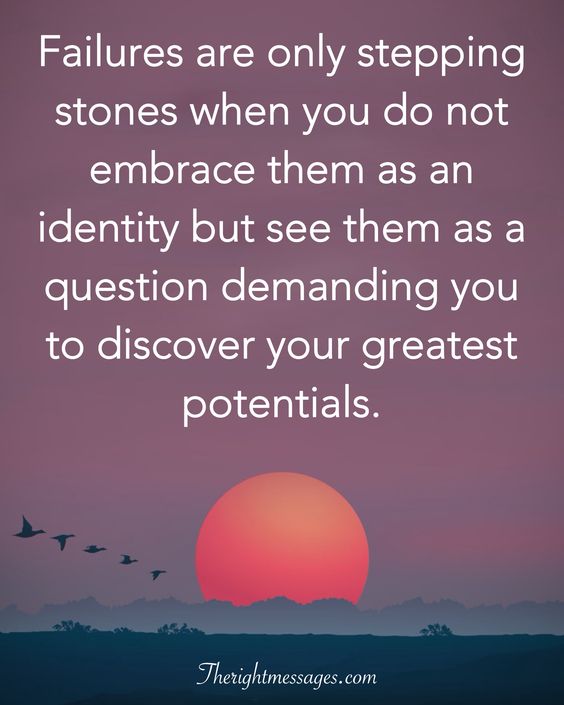 #11: You need to see failure like a shovel because they can either serve for burying your gifts or you can use them to dig up all your hidden potential.

#12: If you wait for opportunities to find you then failure will become a constant experience and success might be forever elusive so go out and seek the chances to win. 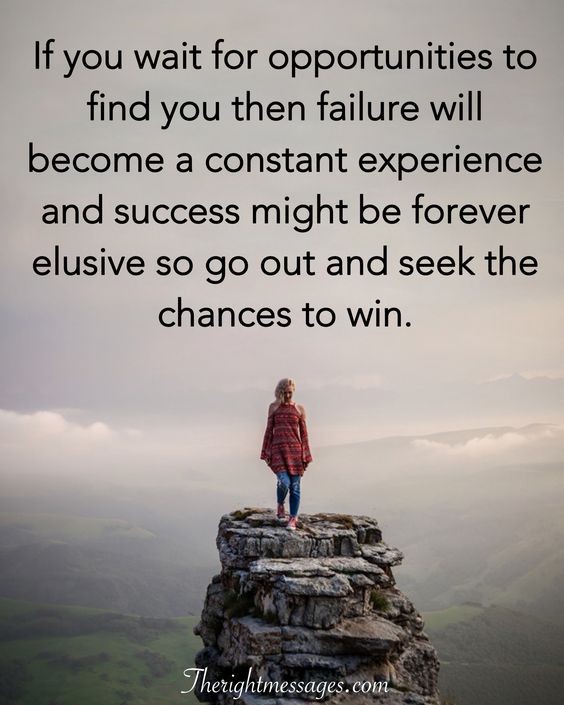 #13: There’s no much difference between those who fail and those who win, some just were more determined to try yet again than others. 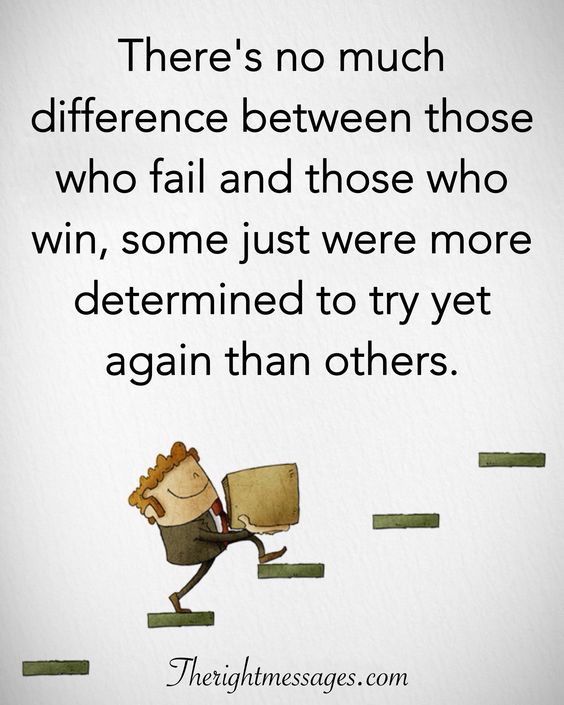 #14: There will hardly be a day when you’ll not get new chances to do something outside your comfort, to be more than the failure you think you are. 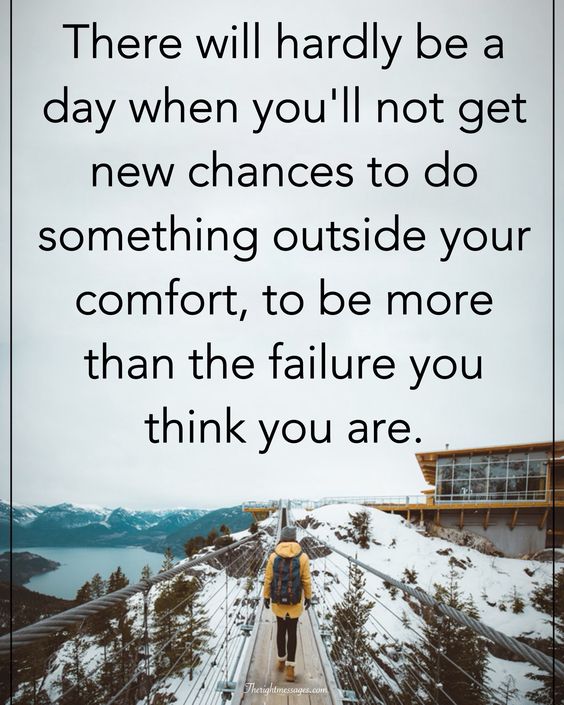 #15: Those who fail today can remain flat on their backs, regretting the opportunities lost or they could be on their feet seeking out the next opportunity for adventure. 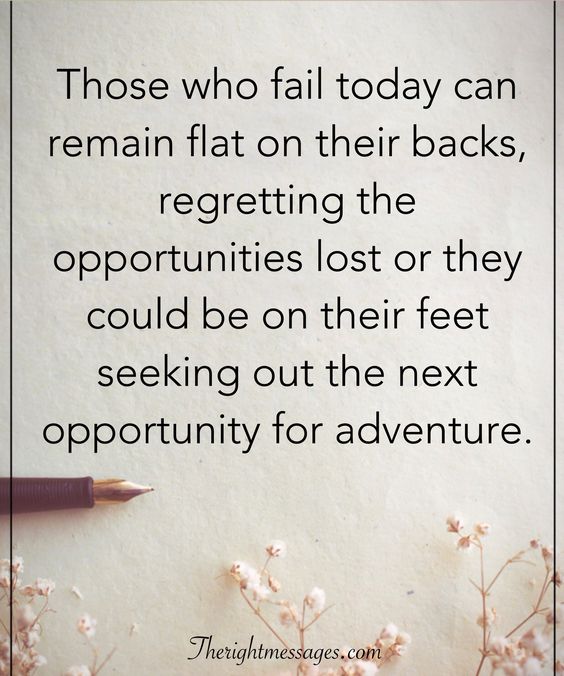 #16: Fearful people have very few failure stories but they also have very few wins, because success is what happens after several pitfalls. 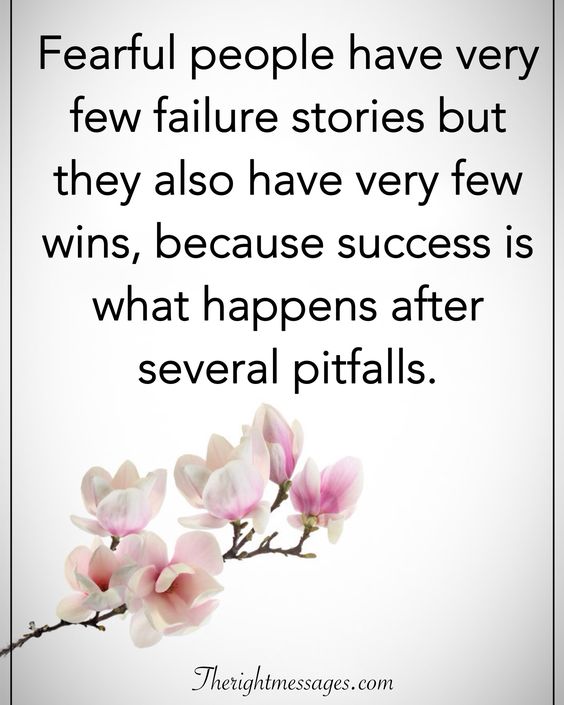 #17: Don’t be so eager to win that you forget that failure is also a part of the process that makes up a champion. 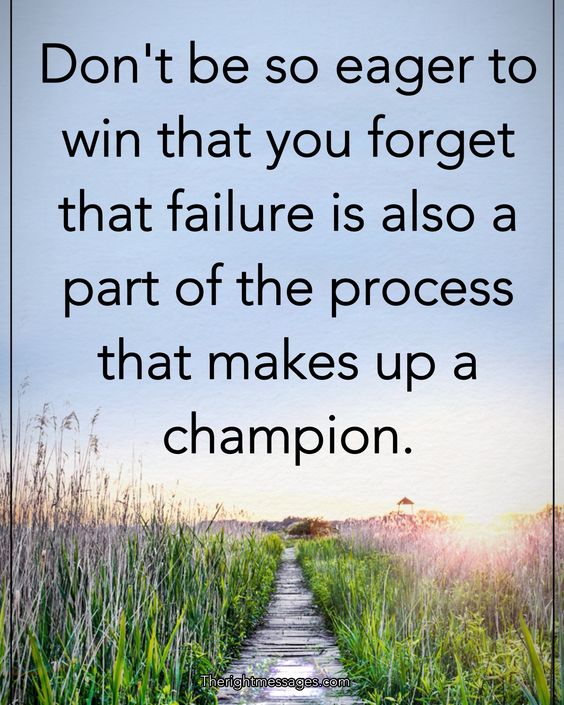 #18: It’s not always important to count your failures because you might run out on numbers, better just focus on counting your wins.

#19: There’s so much to live for when you’ve experienced failure enough times, now you know that success would feel so much more better and you just have to win. 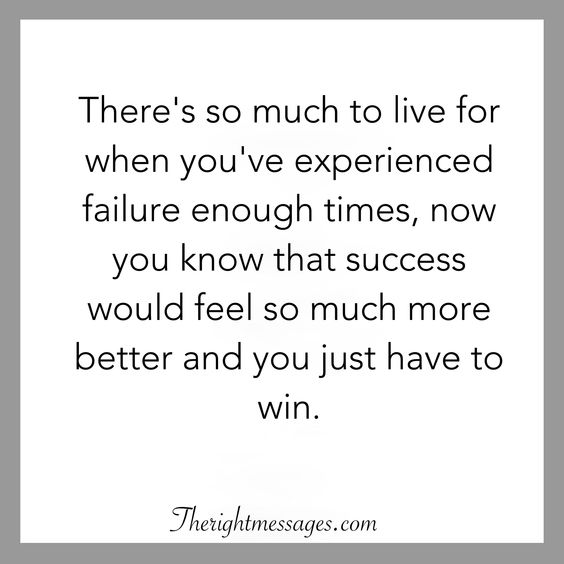 #20: If winning was the end game, then you wouldn’t mind a few stops and bumps along the way because that’s all failure truly represents. 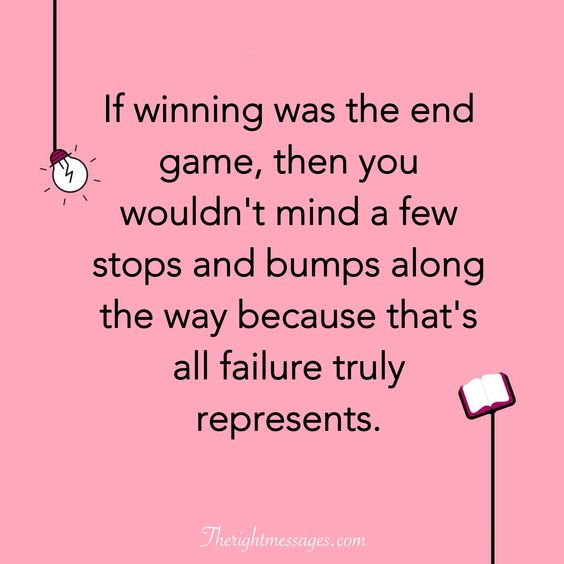 #21: You are not a failure and you need to quit telling yourself that you could have avoided failing because no successful person ever avoids the pain in hopes for the gains. 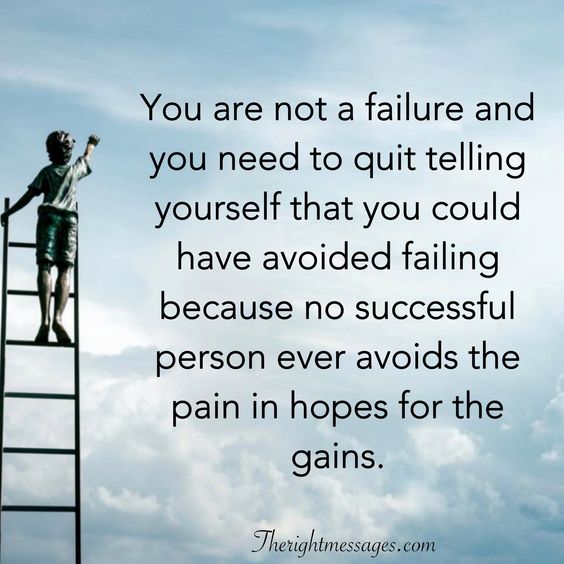 #22: Fail as many times as it would take you to find out what works because in the end all that matters is that you’ve figured out how to make the engine run. 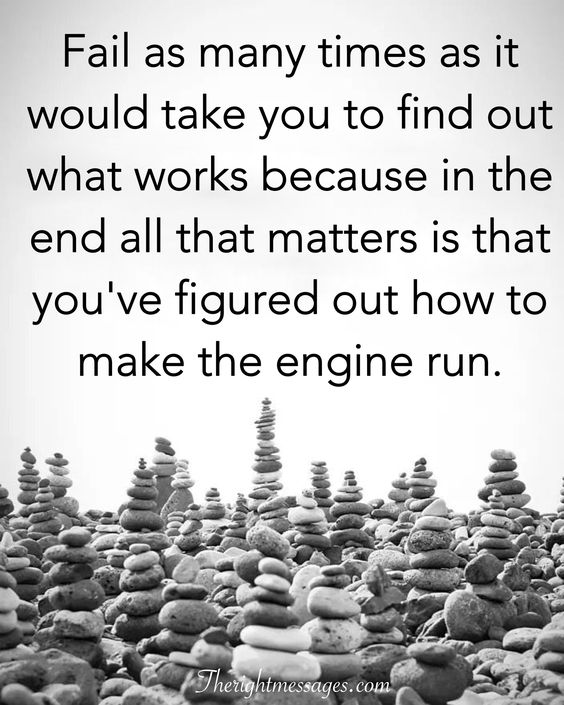 #23: You might not particularly like the methods but that’s not as important as the results you get, so be willing to learn from anyone who offers you a solution to failure. 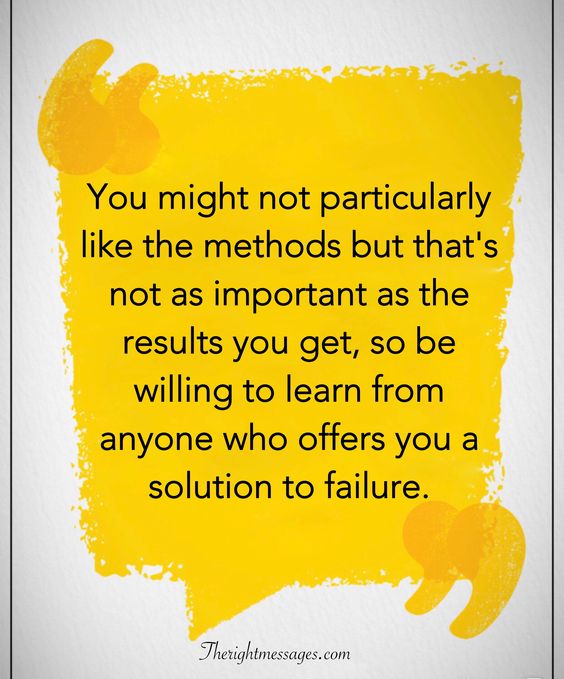 #24: Failure is not the end, it’s not even the question, it’s just a part of everything that makes you different from every other person who has made a difference in the world. 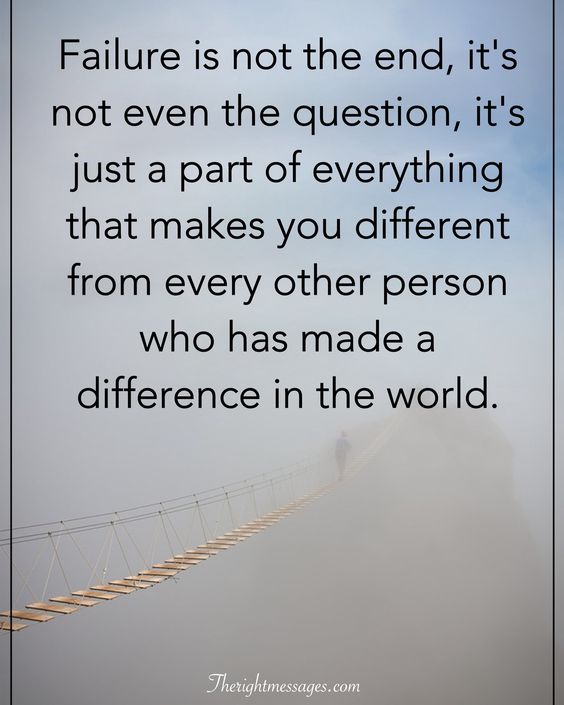 #25: We are all alike in so many ways but our failures are unique ways to tell us apart because they are the pointers to each of our separate paths in life. 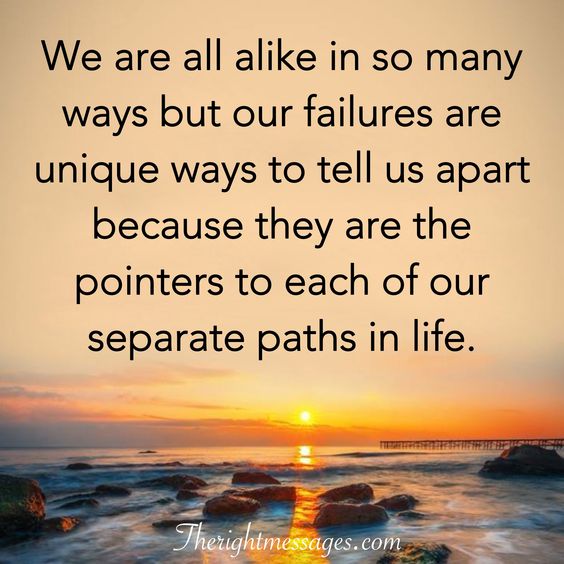 #26: Strength comes when you are least expecting it so when you fail, you better be ready to try again because whether you like it or not, the strength will come. Don’t miss your next opportunity to win.

#27: If every person who ever failed had told themselves they were not meant for the job , we would have a world filled with unfinished businesses. You are still a perfect fit even though you failed. 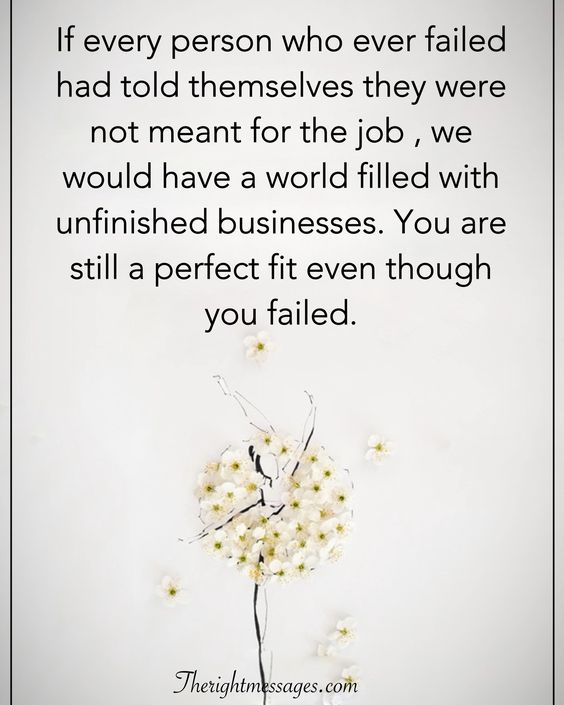 #28: You are the only one that can make those dreams reality and this is why even when you fall, we will only cheer you on so that you can stand and try again. 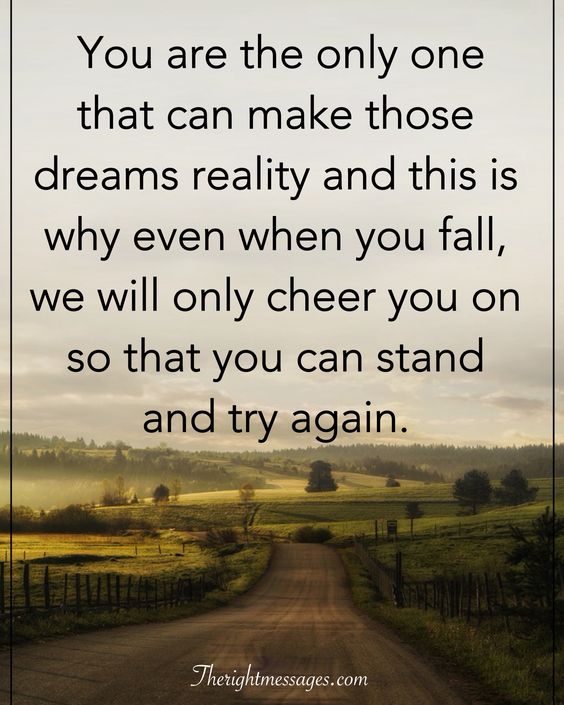 #29: No one is going to take over your battles for you, they are yours because you were designed specifically for those battles so keep fighting. 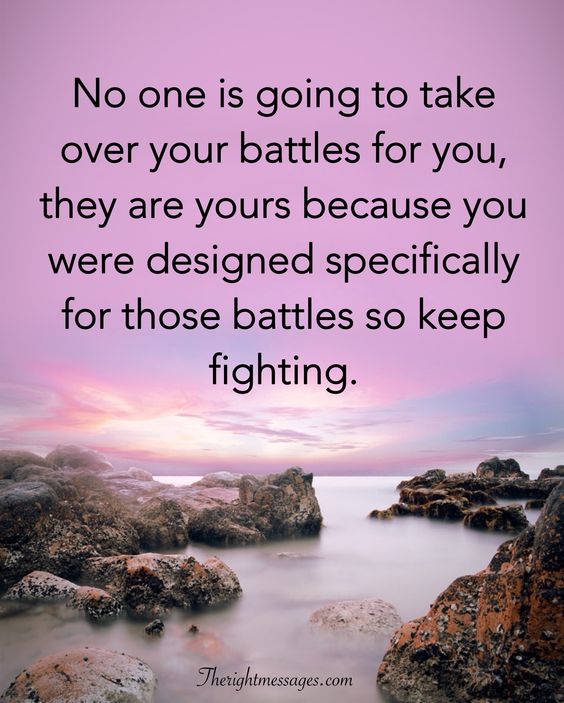 #30: The important thing is to keep your head above water at all times, no matter how hard it is to swim, just stay afloat. 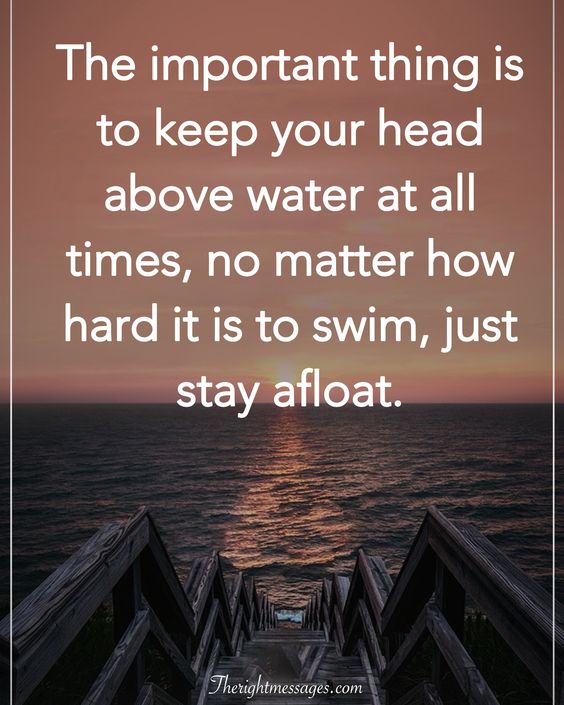 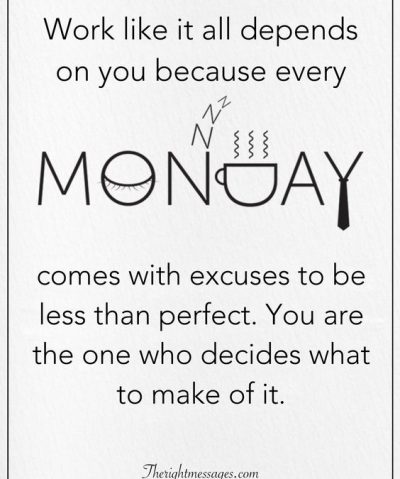 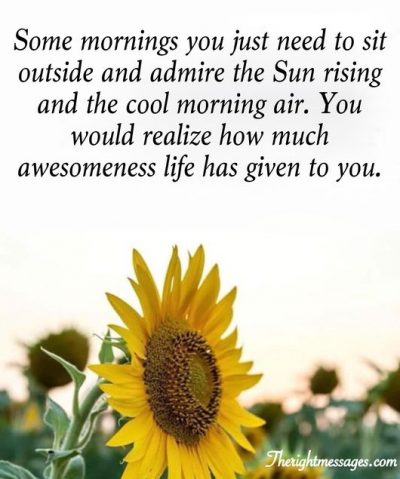 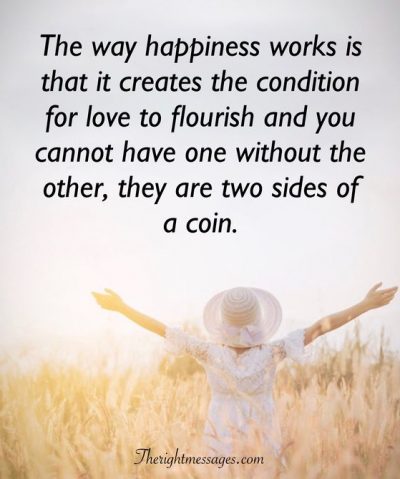 32 Inspirational Quotes About Happiness And Love